You can really talk about a new “artistic life” for Luca Napolitano, aka NAPO, on the radio and at the top of the main independent charts with the single song “Supereroe” (“Superhero” – DA 10 PRODUCTION) 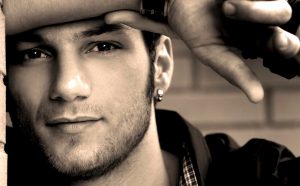 The lyric, very current, tells about a reached awareness, it tells about the moment before exit from the crisis. Sometimes you have to go down deeper to rebirth. This song is a tribute to the doctors, nurses, fire-fighters, civil protection, police and to all those people in uniform that provide a very important civil service to the citizens, risking their lives and saving ours. They are the real Heroes.

“Supereroe” was released as a single alongside the video last march and reached 2 million views during its first month, confirming the popula-rity of the Neapolitan singer. 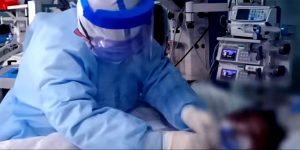 He’s still receiving a lot of appreciation from the audience, both na-tional and international where are emerging new collaborations, as well.
“Supereroe” (“Superhero”) is written by Luca Napolitano, Francesco Cic-cotti and Giuseppe Coccimiglio. The label is Da 10 Production.

The choice of the stage name NAPO, as he is known to his friends, represents the discontinuity with the past and it marks a very new artistic beginning, as well. Besides, the “Supereroe” lyric, characterize the new production with Da 10 Pro-duction music label.

Luca Napolitano, aka NAPO, was born in Saviano, a small town in the pro-vince of Naples.
In 2008 he has featured at the 8th edition of the most famous italian talent show, finishing in the 3rd place and winning the “Tezenis price”. In 2009 he achieved multiplatinum record at the Wind Music Award and right after he signed his first contract with Warner Music Italy for the mix tape “Scialla” released in march 2009.

On 11th June starts from Parma the first tour. On 2009 joined NIC.
On 9th October 2009 he publish the third single-song “L’infinito”, it is the first single released from the second EP.
In 2010 he received Wind Music Award (gold record) for both single songs “Vai” and “l’Infinito”.
On 28th may 2010 starts L’infinito Tour around Italy.
In 2011 he composed the soundtrack of the movie A sud di New York, where he made his debut in his first acting role, as well. Still in 2011 has been published the single song A Sud di NY featuring the singer-songwriter Federica Camba. The song is part of the EP Di me, debuting at number 16 of the chart, that is the highest position in the FIMI offi-cial Italian chart.
Still in 2011 he signed the contract with Warner Music Europe and on 13th may 2011 released, in Italy and Switzerland, the single Fino a tre (Turn around) featuring TinkaBelle, the first single from the EP “Fino a tre” wins the 84th position in the Swiss best selling albums list and o-btains the top ten of the Italian ranking.
On 8th July 2016, his first sigle song “Whatappiamo”, produced by an in-dependent label, is published on digital platform.
The 24th November 2017 the last work Anche Stavolta is produced with A. Pennino